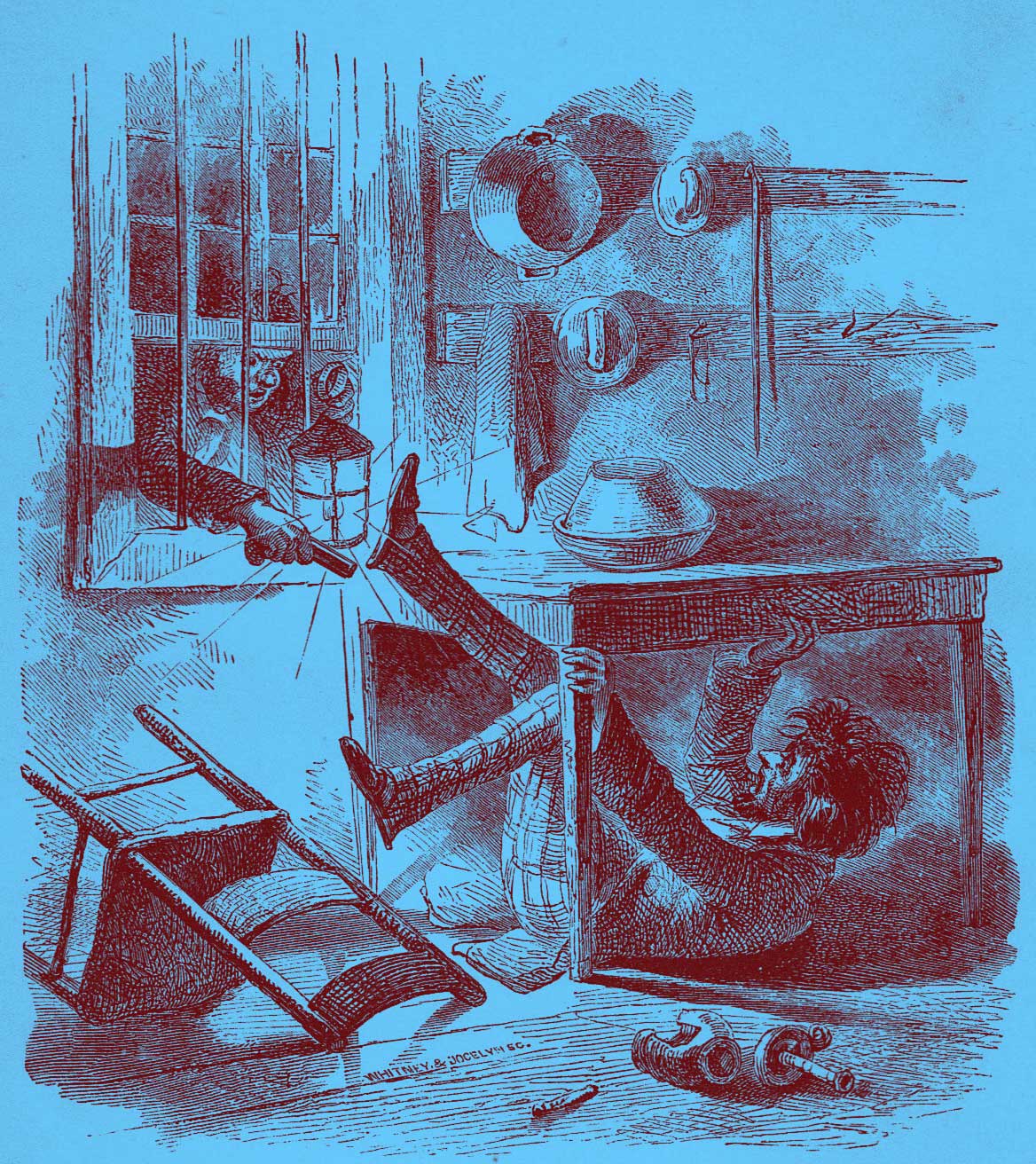 MR. SPARROWGRASS DESCENDS TO THE INFERNAL REGIONS ON A DUMB WAITER.

“He came to the rescue with a bull-terrier, a Newfoundland pup, a lantern, and a revolver. The moment he saw me at the window he shot at me, but fortunately just missed me. I threw myself under the table, and ventured to expostulate.” — PAGE 72. 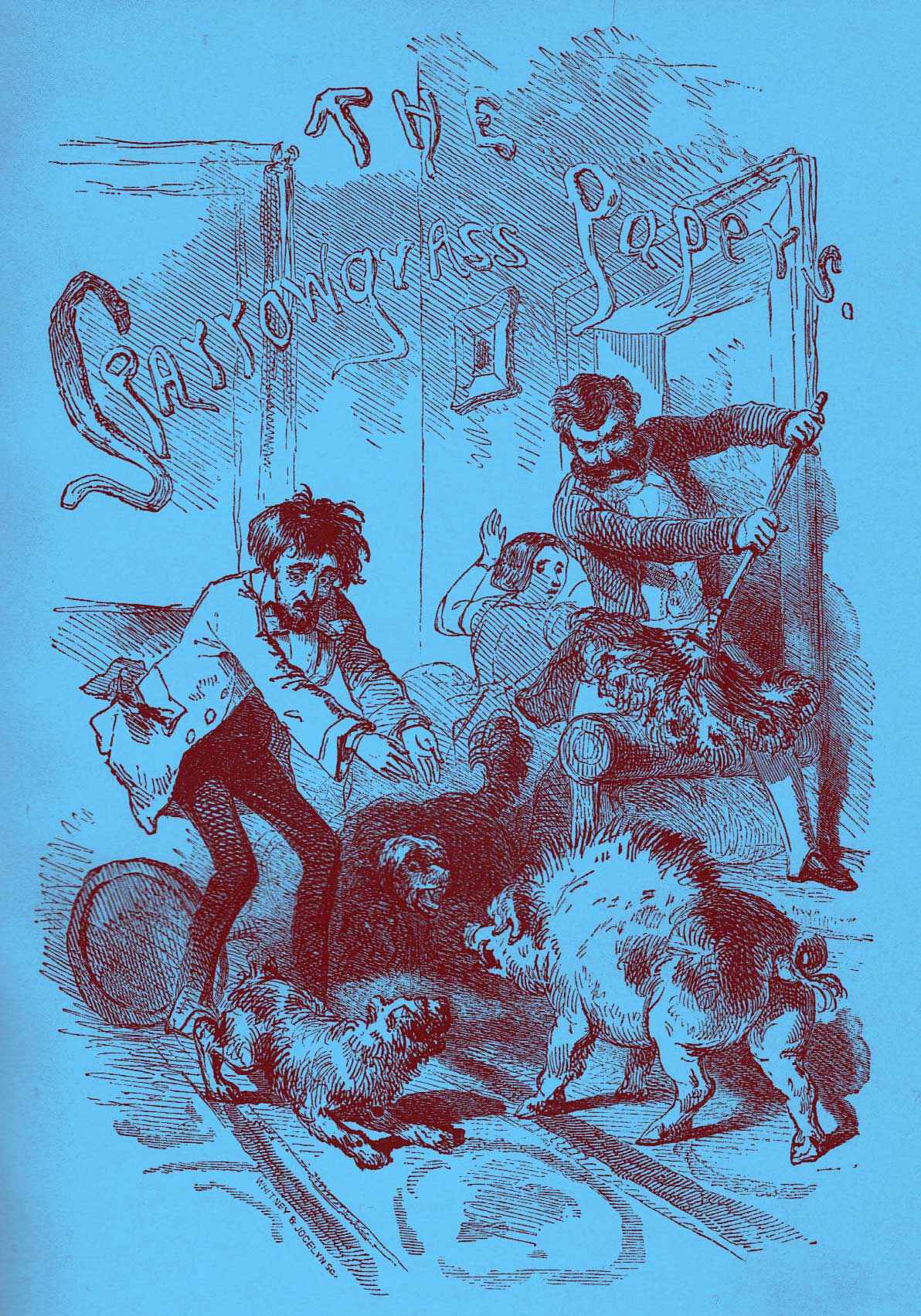 “I managed to get the ring-leader of the swinish multitude into my parlor. He was a large, powerful-looking fellow with a great deal of comb, long legs, mottled complexion, and ears pretty well dogged. He stood for a moment at bay against the sofa, and then charged upon the dogs.” — PAGE 90.

LIVING IN THE COUNTRY.

“To him who in the love of Nature holds
Communion with her visible forms, she speaks
A various language.”

ENTERED according to Act of Congress, in the year 1854, by
FREDERIC S. COZZENS
In the Clerk’s Office of the District Court of the U. S. for the Southern District of New York